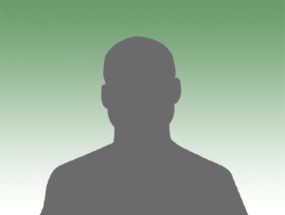 Having attended Fishguard High School and graduating with a Law Degree from Aberystwyth University Chris Symons joined the Practice straight from Chester Law School in 1977.

He became a Partner in 1982 . His areas of work include both domestic and commercial conveyancing, partnership and company matters, wills and trusts and general private client matters.

Chris’ family originates from Llanelli and he retains strong connections in the town. He is an avid follower of the Scarlets and has extensive contacts and interests in rugby generally.

Mrs Smith is a Partner in the firm and head of the Family Department.

She obtained an Accountancy Degree at Leicester Polytechnic University and her Diploma in Legal Practice from Chester College of Law.

As an accredited member of The Law Society’s Family Law Panel, she has experience in working in divorce, separation and family disputes. She has over 20 years of experience within the field.

Mrs Smith has developed a busy specialist Family Law Department and has undertaken a large variety of public and private children law cases.

Further, she has vast experience of dealing with financial proceedings within divorce and separation matters.

James attended Llanelli Boys’ Grammar School and from there went to the University of Essex where he graduated in Law in July 1983.

He studied for the Solicitors Final Examination at the College of Law in Guildford and after undertaking his Articles in Colchester was admitted as a Solicitor in February 1987.

After a short period in Private Practice he was employed as an Assistant Solicitor with Llanelli Borough Council until he joined Jennings in April 1995.

James became a Partner in 1996 and his field of practice is mainly Conveyancing, Lasting Powers of Attorney, Wills and Probate.

In his spare time James enjoys History, Genealogy and spending time with his Dog.

After completing her Law Degree at Aberystwyth University in 2009 Sarah joined Jennings as a Legal Secretary.

Having decided to further her career in law, Sarah began the CILEx Graduate Diploma in 2012 and qualified as a Fellow of the Institute of Chartered Legal Executives in 2015.

Sarah specialises in all aspects of Residential Conveyancing and Wills.

Debbie joined Jennings in 2019 as an Affiliate member of the Chartered Institute of Legal Executives.
Debbie has over 20 years’ experience in the Legal sector and works in our firm’s Civil Litigation Department.

Debbie has vast experience in all aspects of Civil Litigation.
With a keen interest in Housing Law, Debbie has delivered approved Rent Smart Wales training to Landlord’s throughout Wales and has assisted both landlords and agents in compliance with recent changes in the Law.

She has strong connections with local Landlords and has assisted many Landlords in defending claims and recovering possession of properties.

Danielle joined the Firm as a Paralegal in January 2016 and completed her training contract and qualified as a solicitor in January 2018.

Further she also deals with other matters including Divorce, Separation and Financial matters.

Sian Stevens is an Assistant Solicitor predominately working across our Civil and Family Department. In particular deals with a vast range of Civil Litigation, Employment and Children matters.

Further, Sian also deals with other matters to include Lasting Power of Attorneys, Court of Protection applications and is able to deal with matters across the Wills, Trust and Probate Department.

Sian joined Jennings Solicitors as a paralegal in 2018 after graduating from Swansea University with a Law Degree. Alongside working in the firm, Sian completed a Masters in Advanced Drafting and Legal Practice and commenced her Training Contract in October 2019. Following the successful conclusion of her Training Contract, Sian was admitted to the Roll of Solicitors on the 1st October 2021.

After working for many years as a Legal Secretary, Sian decided to further her career in law with Jennings and joined the firm in 2018 as a Graduate Legal Executive. She has gained much experience whilst working at this revered firm and hopes to qualify soon as a Chartered Legal Executive and to become WIQS accredited. Sian deals with all aspects of residential conveyancing.

Sian’s first language is Welsh and she attended Ysgol Dewi Sant and Llanelli Girls’ Grammar School. In her spare time, Sian enjoys walking her dog and is also a member of Llanelli Tennis Club where she attempts to play tennis.